Advisors’ Advice: What Was Your College Major? — Part 1 1. I always had a passion for finance and thought getting a degree in it would be helpful and, it was, to some extent. The reality is, the curriculum did not prepare me for the work I am doing as a CFP today. That came later, once I had an opportunity to work hands-on and break into the business with Morgan Stanley in 2006. …

The good news is, [my] bachelor’s and MBA positioned me to be a business owner. … The academic lessons helped me manage the business whereas the hands-on experience has helped me become a solid advisor. — Jamie M. Lima, CFP, Woodson Wealth Management, San Diego, California 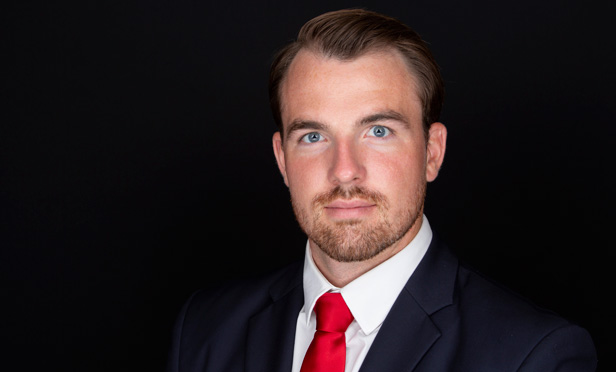 2. Studying international business and more importantly, studying in different parts of the world, opened my eyes to different perspectives about prosperity and happiness. Different people, especially those with different cultural backgrounds, value different things. It is my job to help them achieve those personal goals and often times those goals go beyond just my understanding of finance.

My international human experience coupled with my education in finance and economics gave me confidence that I could make it in this business. Hopefully someday I can offer my services internationally in places that do not have robust financial services like we do here in the United States. — Matthew Stearns, CFP, Millennial Money Management, Meadville, Pennsylvania 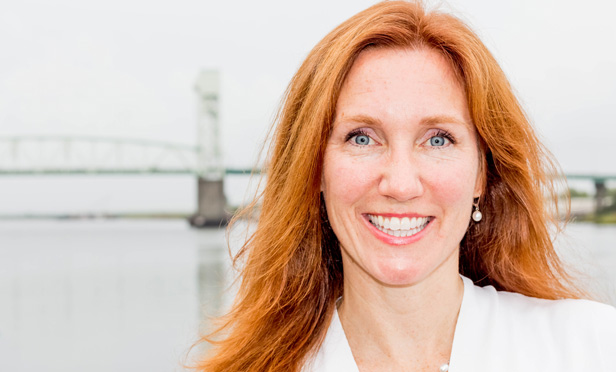 3. I hold a B.S. in economics, and two of my favorite teachers had a slant toward policy. One taught on Social Security and Medicare and the other health care as a failing economy because it lacks a breakeven point.

Social Security was interesting; … I remember learning the poorest, poor demographic in the U.S. was the oldest old woman (85+). This is because she often didn’t work, lost [her husband’s] pension, spent all their assets on his care, and now has one Social Security check, plus the widows tax. … Today as a financial planner, and especially as a widow, I serve other caregivers and widows. Money, personal savings, law (including marriage), public policy all come into play for a plan. [But] success in a portfolio is more about the client’s economy than the economy. —Megan Kopka, CFP, Kopka Financial, Wilmington, North Carolina 4. I [earned] a degree in economics with an emphasis in finance and then became an equity trader. During this time I went to graduate school earning an MBA with an emphasis in portfolio management. In 2012, I got laid off, moved back home and worked in retail for a little under a year. Then I went back to school to take accounting courses [and then] took the CFP exam to set up our financial planning segment of the business.

After all that education, I felt more well rounded and ready to become a financial planner. Since I opened up my own practice, [I’ve realized] I really needed to understand economics, finance and accounting (taxes) to provide a valuable service to my clients. — Dan Herron, CFP, Elemental Wealth Advisors, San Luis Obispo, California 5. Technically, my degree is a B.S. in business administration, but my major was finance, and my minor was management. I also earned an MBA in 2013 with a concentration in finance.

Majoring in finance helped me become a financial advisor simply by teaching me the language. [Also] learning about concepts like the time value of money, duration, correlation coefficients, was really helpful. The specifics of how to perform calculations was much less important. …

Straight out of college I became a credit analyst at a regional bank, which meant I helped underwrite commercial loans. That job was a springboard to become a financial planner, because a lot of the finance concepts that apply to businesses can also be applied to individuals. — Dan Stous, CFP, Flagstone Financial Management, Lincoln, Nebraska 6. Although it wasn’t the quickest route to becoming a CFP, majoring in finance was a rewarding option. It taught me some of the basics of finance. Then taking the CFP courses post-graduation furthered my understanding for personal finance and how to assist other people with their finances. — Jacqueline Schadeck, CFP, Sherrill & Hutchins Financial Advisory, Atlanta 7. I was a psychology and economics double major in college, and the psychology degree is much more useful. Financial life is a very sensitive subject for many — so I definitely use psychology to get our clients to feel comfortable. There is also a whole host of behavioral finance issues that we must help our clients solve all the time.

I was going to go to law school, [but first] I helped my father organize his [financial advisory] business better so he could sell it. After six months I fell in love with it. — Charlie Rocco, CFP, Moneco Advisors, Fairfield, Connecticut While in graduate school I helped start Red to Black Financial Coaching. … My involvement with Red to Black and the overlay of financial counseling courses went a long way toward preparing me to be an advisor. — Jason L. McGarraugh, CFP, Neal Financial Group, Houston 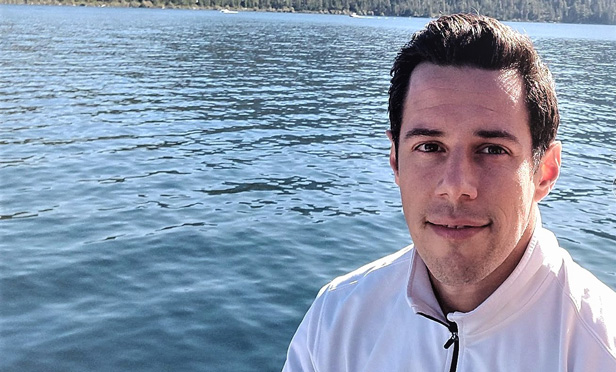 9. I received degree in economics from Amherst College. That helped me to theoretically think about financial tradeoffs that every investor faces, as well as the technical underpins of econometrics, which helps to analyze and interpret data. More importantly, the liberal arts background Amherst provided helped me to build a critical thinking toolkit within a creative framework has served me well as an advisor. — Shane Morrow, CFP, IronBridge Wealth Counsel, Austin, Texas 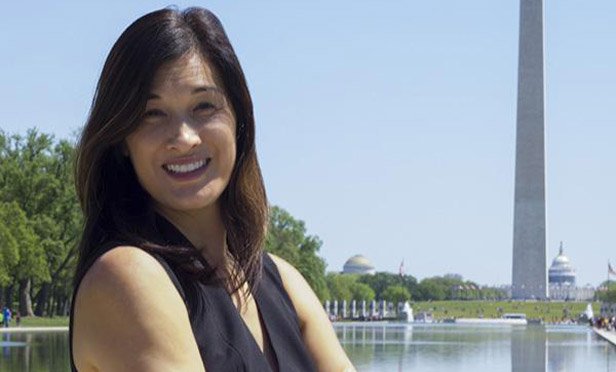 10. I graduated with double degrees: East Asian language & literature and finance. I earned my first degree and had the opportunity to work in finance in Tokyo, Japan. But I realized I didn’t like the transactional aspect. So when I returned stateside, I completed my finance studies.

I wanted to use the concepts from corporate finance to help families improve their personal balance sheet (net worth) and improve cash flow management. That’s when I discovered financial planning. … I’m so glad I found my financial calling. I always tell people that recognizing what you don’t like can be just as important as what you like. I didn’t like how finance seemed so elusive. — Marguerita M. Cheng, CFP, Blue Ocean Global Wealth, Potomac, Maryland 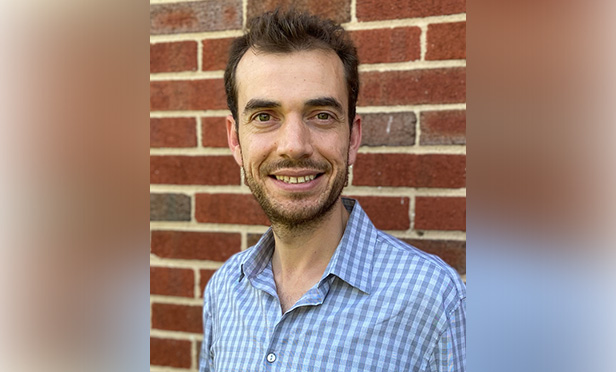 11. My college major was accounting. I started my career as a corporate tax specialist at a “Big 4” accounting firm, but quickly realized I enjoyed working with people. I eventually gravitated toward personal tax clients and then moved into a role at a large RIA before forming my own practice. — Elliot Pepper, CFP, Northbrook Financial, Baltimore 12. I majored in business management, but that did not prepare me to become a financial advisor. When I graduated from college, my maternal grandmother was diagnosed with Alzheimer’s. Since I was the oldest sibling and the only one out of school and working, I helped my mom figure out what to do. I researched medications, personal care and nursing homes and I had to learn about Medicare and Social Security quickly. Those seven years were an emotional roller coaster. The silver lining is that it became a catalyst for me to get into financial planning.

I got my MBA in personal financial planning from Georgia State University. I used the degree to change careers. — Serina Shyu, LPL Financial, Atlanta, Georgia 13. I’m boring. I wanted to go to law school, but I didn’t want to end up being a “political scientist” or “pre-lawyer” if I didn’t get in. I asked “What’s hard, has math, and will give me good living?” The scholarship committee said, “Accounting.” I said, “Count me in.”

As a side note, the turning point was when a librarian pointed to a set of books and said, “That’s the Internal Revenue Code: no one understands the whole thing.” I was entranced by that. I dove into taxes and tax law. So now, I’m a CPA, J.D., CFP and CFA. Can’t help myself. — Leon C. LaBrecque, CFP, Sequoia Financial, Troy, Michigan 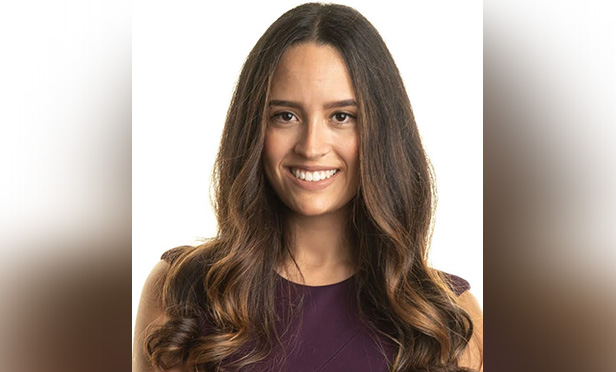 14. My major started out as an economics major. Once I started working for Wells Fargo Bank six months after going to college, I quickly got promoted into a banker role and I realized I wanted to be a financial advisor. After my lower division courses were done, I transferred to Liberty University because I heard they had just piloted their financial planning degree/program.

Being a part of that program was an absolute game changer. My professor had been a Merrill Lynch advisor for 30 years at that point and he was an adjunct professor to help train the next generation of advisors. Aside from the connections, being a financial planning major fulfilled the education requirement for the CFP designation, which is invaluable. You get to study the very thing that you will be doing every day in a very practical way: case studies. — Pamela Rodriguez, CFP, Fulfilled Finances, Sacramento, California

Ask advisors what their major was in college, or how they became an advisor, and you’ll get a wide variety of answers. Some may have followed their mathematical strengths while others took a different path. Even those with family in the business might have taken a roundabout route to eventually become an advisor.

We asked readers how their college degree helped them in their quest to becoming an advisor. Many had careers before entering the field, but once they found the advisory field, they stayed.

We split the multitude of responses received through Financial Planning Association and the XY Planning Network into two areas. Here we spotlight advisors who earned college degrees in a finance-related field (next will be those who took a non-financial path). Despite those financial degrees, many didn’t join the advisory business until long after college.

We received dozens of responses but can only share some them here. Thanks to all those who participated. See the gallery above for our spotlighted advisors. Some answers have been edited for length.